Elastic beanstalk is a service of Amazon Web Services that allows you to deploy an API or website from the command line and it automatically creates the resources to run it. It allows you to have multiple environments: dev, stage, prod and even create an environment just to test a feature (just by changing a line of code) and then terminate it easily.

You can set up Elastic and the environment with a simple setting page in AWS where you can configure the type of instance that it will create, the software to run (Node.js, Java, Python and others), the load balancer, security and many others.

Another cool thing about Elastic is that you can set the environment to be Auto Scalable. If your site is under high traffic it automatically creates new instances to handle it.

In the settings page you can set based on CPU usage, Memory, Latency, Disk I/O, Network and other Metric, the creation of new instances of your server. You can set a minimum and a maximum instances created.

If the traffic or server usage goes down it will destroy the instances created so you save money.

This work is done by a Load Balancer created automatically for you.

In my experience I found it a little difficult to know what metric to use and what value to set. I had to set a metric and then test how it responded in high traffic. But it is really difficult to see if everything goes well. You have to check logs and statistics under high pressure and adjust the values entered. You have multiple variations that can change everything.

One cool feature is when you deploy, it launches a new server instance so your site never goes offline. If it fails nothing will happen. You’ll still have your “old” instance running.

You have to remember that if you are using a load balancer Elastic will create multiple instances or in a single instance setup that instance will be created and destroyed in every deployment. The best way is to check inside Elastic the indicators of what is going on: the logs, metrics, health, etc.

Below some pics from my environments 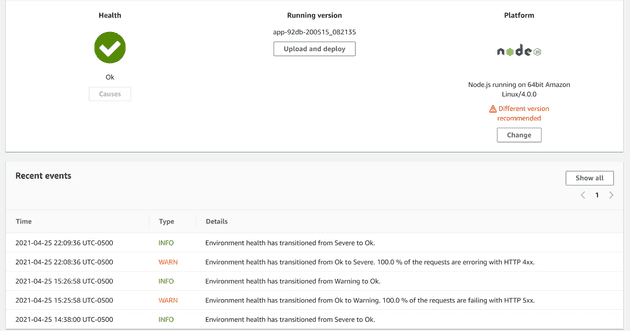 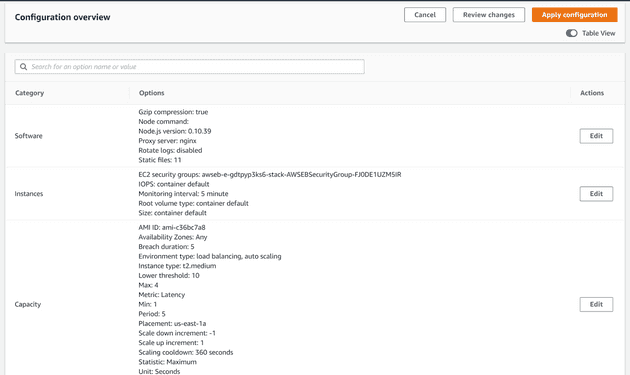 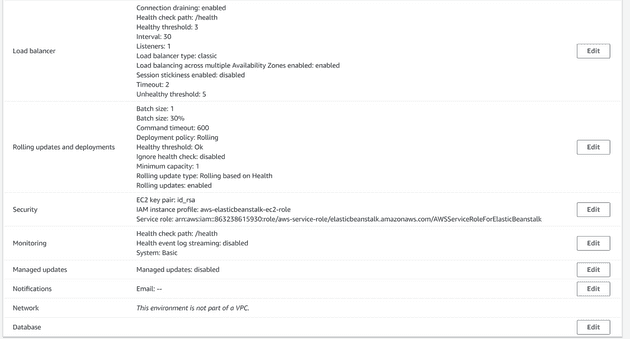 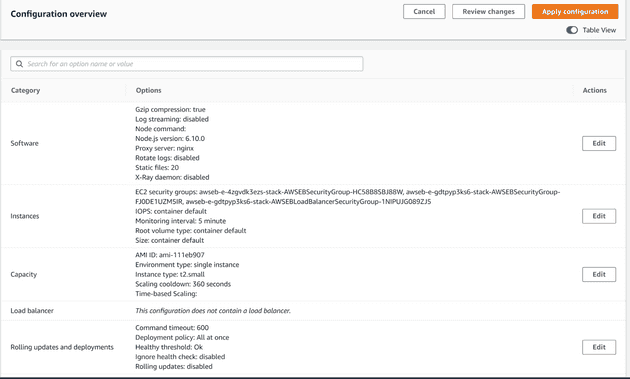 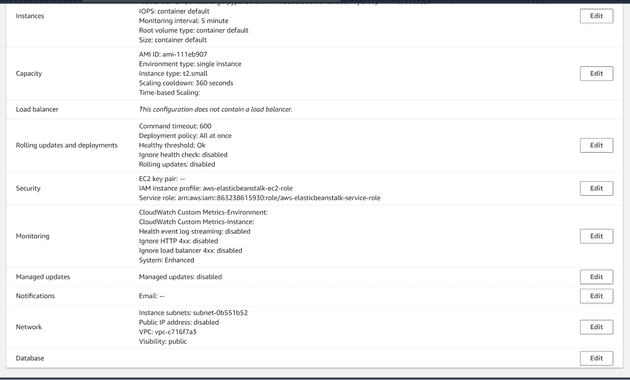 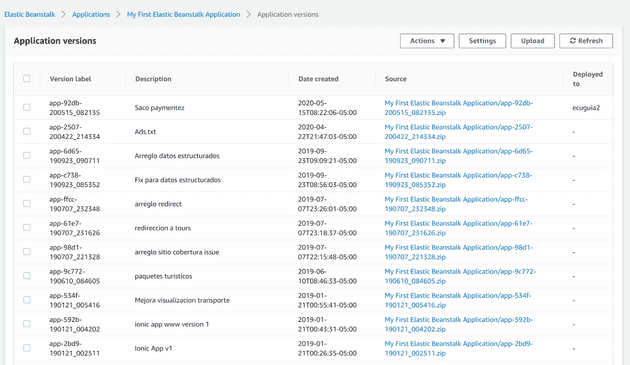